As efurry cat knows, ther are menny danjers to puddy cats. Cuzzin Cavalli's mishun is to keep us all safe from the horrors of
Meows from Carolina Cats 8 comments:

Ant Marjie was weeding in the garden when she pulled some weeds wif white fluff on them. She thot it was cat furrs from brushing Finny, but she was rong! There is two baby bunnies!!

We hope some bunny furends will come by and tell us if there's ennyfing speshul we shood do for the mama bun. Like does she need some extra waters or speshul leefy stuffs so she can feed the babies reely good?

What if the mama bun doesn't come bak? What will we do?

I am the Mightiest Hunter! 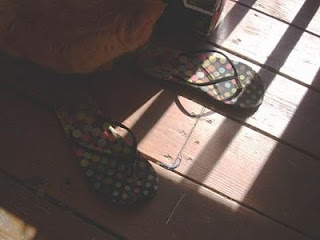 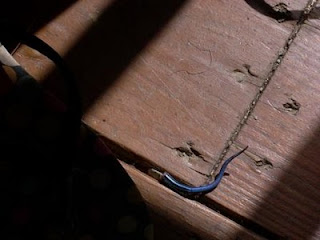 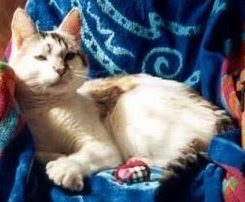 Some of you may know that there is an interloper heer at Happy Fields. 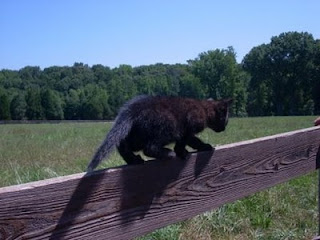 Mom and Ant Marjie and Jackie the Horsey Girl call it Ruffian the Barn Kitty.
I don't know what Barn Kitty means. It looks like an INTRUDER to me. I am the alfa cat arownd heer and I am sposed to come first in efurrything.
Well. Last nite, my furry own mombean, that I picked owt at the shelter, that I have owned and trained for TEN YEARS....last nite, MY mom came home from work and IGNORED ME to pay attention to that stoopid intruder. 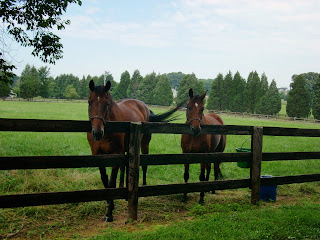 She SAID she had to go up to the horsey barn and feed the horsies, but I saw her petting and CARRYING that INTRUDER. When she came back to the house, FINALLY, she picked me up and sed she was sorry, blah blah blah... she had to feed the horsies becos Ant Marjie was getting Jackie from collij...blah blah blah.
And now do you kno wat they want to do??? They want to let that INTRUDER post on MY blog!!!!!
We'll just see abowt that!
--Finnegan, the Alfa Cat
Meows from Carolina Cats 10 comments: 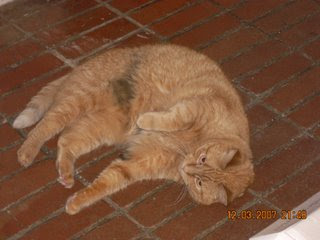 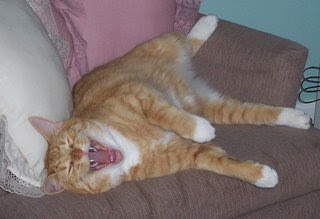 Cuzzin Grady's trying to hide his tummy but laffing & laffing Buddy showing off his tummy to Finnegan 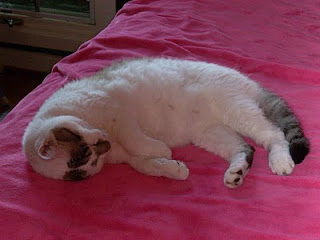 Finny snoozing and lettin' it all hang owt 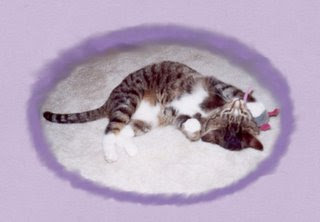 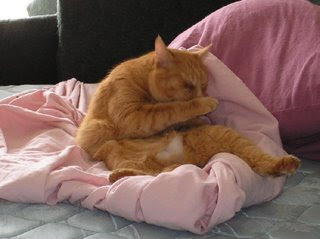 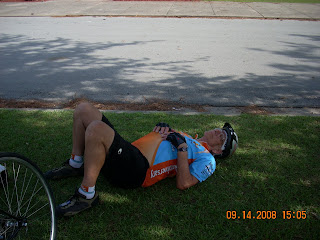 It's so h-o-o-o-o-o-t heer in Norf Carolina. Efurry cat is spred owt on the cool portch flore .... 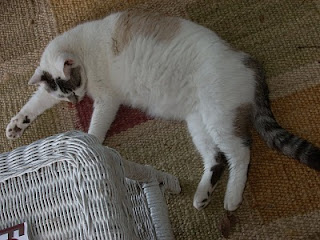 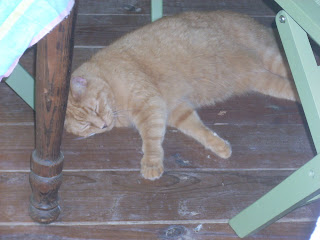 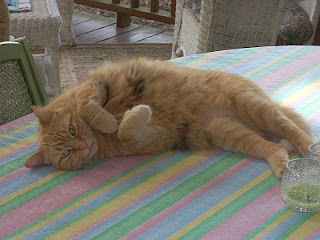 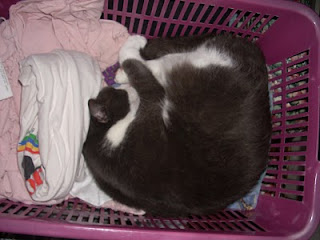 Why are you curled up in the londry baskit like it's cold owt??